Did You know that the current Peace sign is not about peace at all?

In the 1950s the “peace sign”, as it is known today (also known as “peace and love”), was designed by Gerald Holtom as the logo for the British Campaign for Nuclear Disarmament (CND) a group at the forefront of the peace movement in the UK and adopted by anti-war and counterculture activists in the US and elsewhere. The symbol is a super-imposition of the semaphore signals for the letters “N” and “D”, taken to stand for “nuclear disarmament”, while simultaneously acting as a reference to Goya’s The Third of May 1808 (1814) (aka “Peasant Before the Firing Squad”).

The truth is that Symbol was invented long before Holtom got his idea. The earliest known sequential listing of the full set of 24 runes dates to approximately AD 400 and is found on the Kylver Stone in Gotland, Sweden.

Please take a moment to watch this short (5 mins) documentary on the history of the Peace Sign!

I have created an apparel collection for peace signs, to raise awareness.

To Join our Planet’s biggest and most important movement on this planet, you can

+ Supporting my work (buying my apparel)
+ share video (from YT or from this blog)
+ If you are an artist or DIY person you can create related Art & Craft  with explanations to share awareness (send me a link to your post, I would love to see your works!)
+ Talk about it to your friends and family
+ Join Peace Mediation

Impress Art for Your Stampings 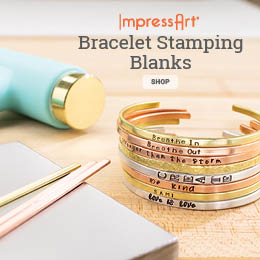 We use cookies on our website to give you the most relevant experience by remembering your preferences and repeat visits. By clicking “Accept”, you consent to the use of ALL the cookies.
Do not sell my personal information.
Cookie SettingsAccept
Manage consent

This website uses cookies to improve your experience while you navigate through the website. Out of these, the cookies that are categorized as necessary are stored on your browser as they are essential for the working of basic functionalities of the website. We also use third-party cookies that help us analyze and understand how you use this website. These cookies will be stored in your browser only with your consent. You also have the option to opt-out of these cookies. But opting out of some of these cookies may affect your browsing experience.
Necessary Always Enabled
Necessary cookies are absolutely essential for the website to function properly. These cookies ensure basic functionalities and security features of the website, anonymously.
Functional
Functional cookies help to perform certain functionalities like sharing the content of the website on social media platforms, collect feedbacks, and other third-party features.
Performance
Performance cookies are used to understand and analyze the key performance indexes of the website which helps in delivering a better user experience for the visitors.
Analytics
Analytical cookies are used to understand how visitors interact with the website. These cookies help provide information on metrics the number of visitors, bounce rate, traffic source, etc.
Advertisement
Advertisement cookies are used to provide visitors with relevant ads and marketing campaigns. These cookies track visitors across websites and collect information to provide customized ads.
Others
Other uncategorized cookies are those that are being analyzed and have not been classified into a category as yet.
SAVE & ACCEPT
X